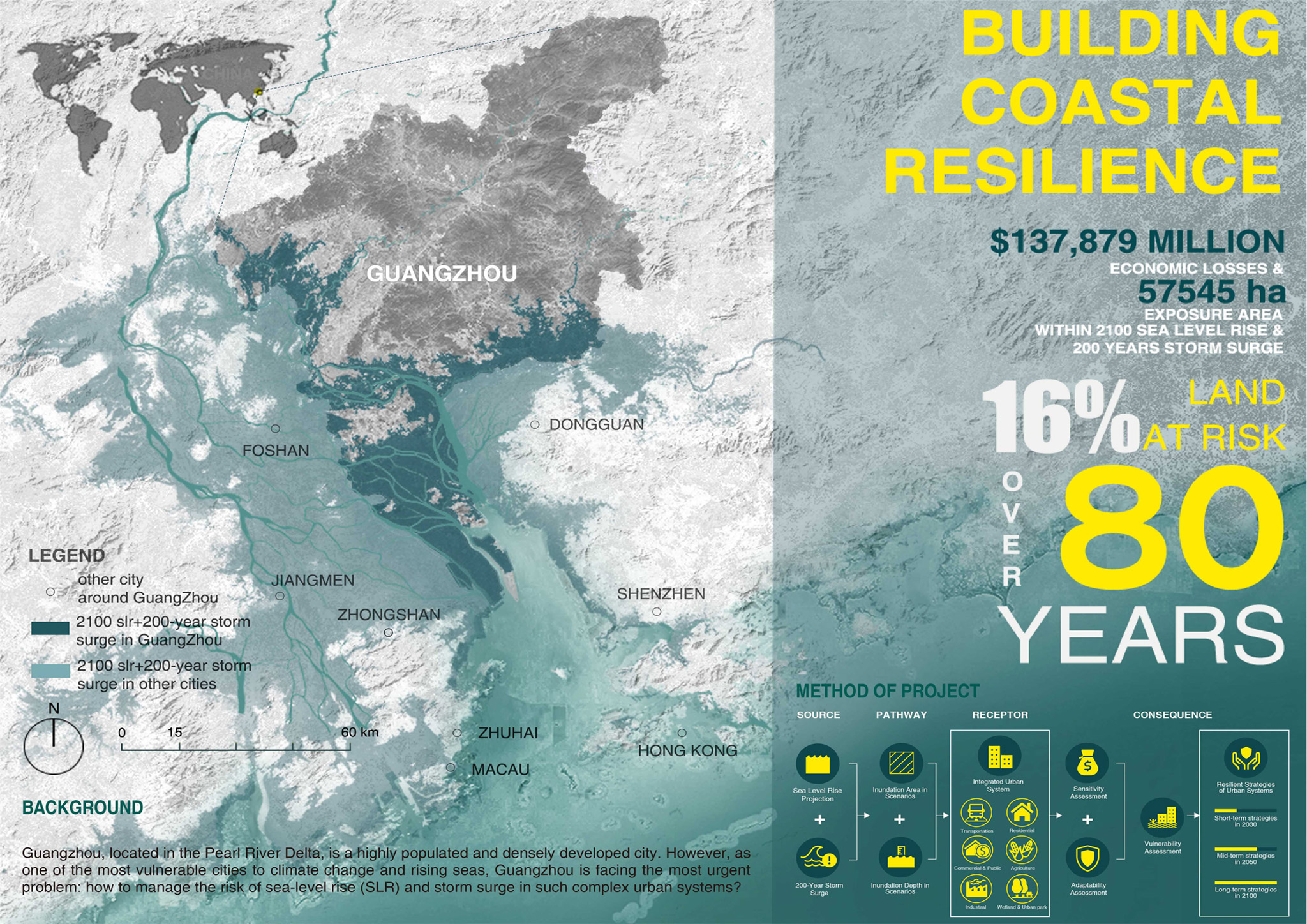 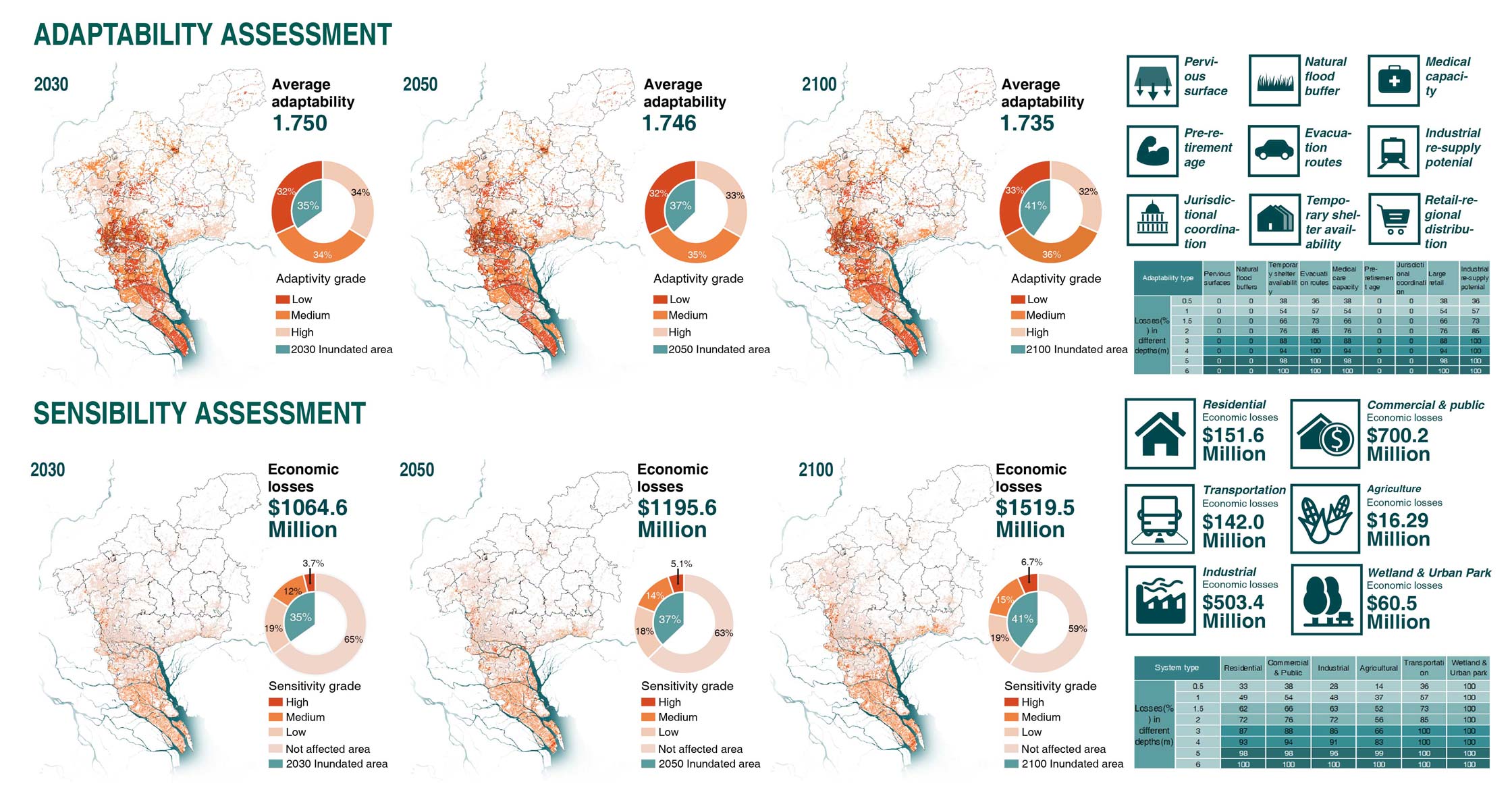 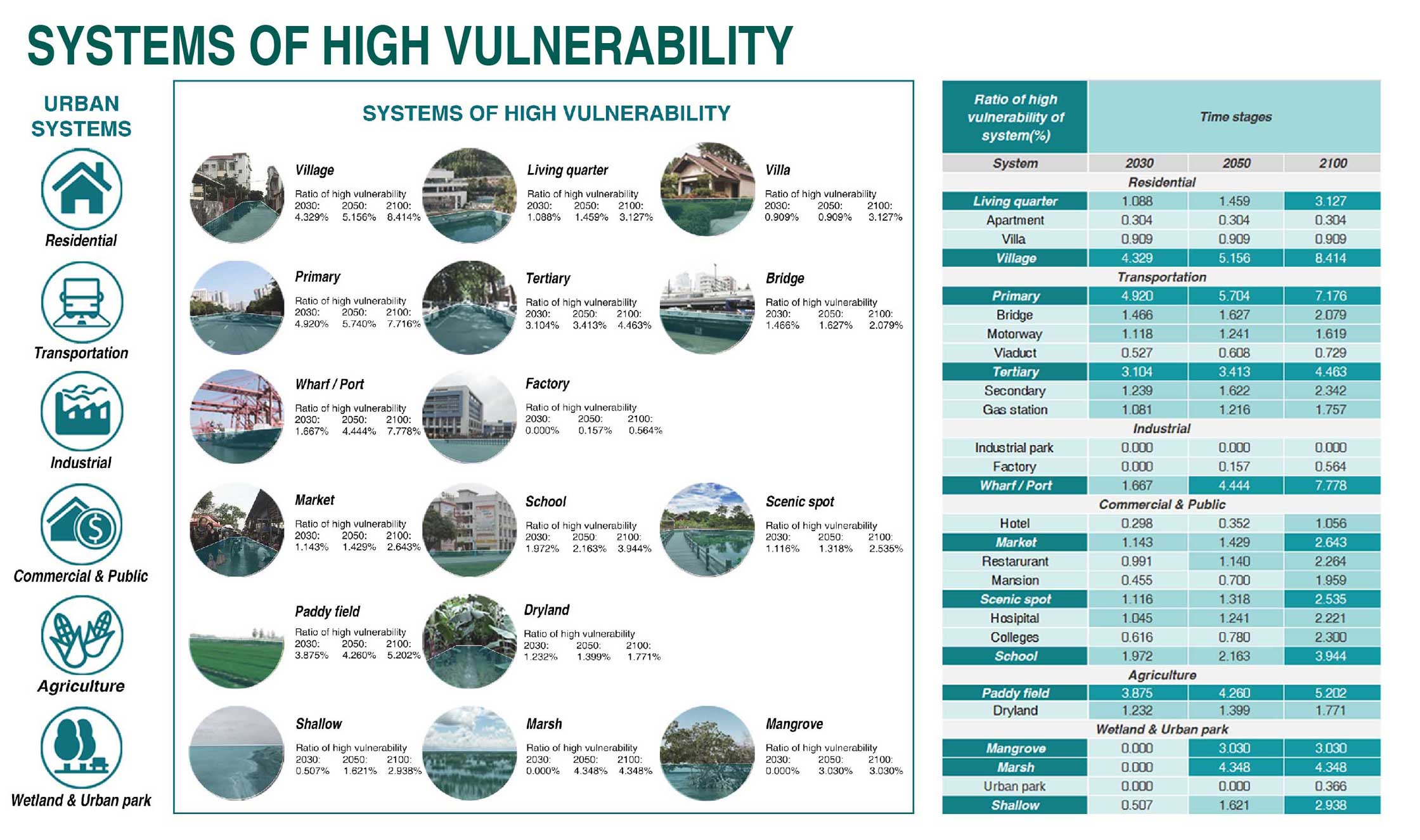 Guangzhou, located in the Pearl River Delta, is a highly populated and densely developed city. However, as one of the most vulnerable cities to climate change and rising seas, Guangzhou is facing the most urgent problem: how to manage the risk of sea-level rise (SLR) and storm surge in such complex urban systems?
Since 2017, cooperating with the government, engineers and local residents, the planning team has established new resilient visions to adapt the risk brought by the SLR. After accomplishing vulnerability assessment in different time scales (2030,2050,2100) with Source-Pathway-Receptor-Consequence (SPRC) model, the team proposes the toolkits for each vulnerable system including residential, transportation, industrial, commercial & public, agriculture, and wetland & urban park, as one part of perspective urban planning. It is based on three resilient strategies: retreat, defend, adapt. Focusing on providing paradigm in planning for SLR, Building Coastal Resilience proposes that the most effective solution is creating resilient space for each urban system to grow over time with SLR, considering economic, ecological and cultural values, rather than simply hardening the edge.