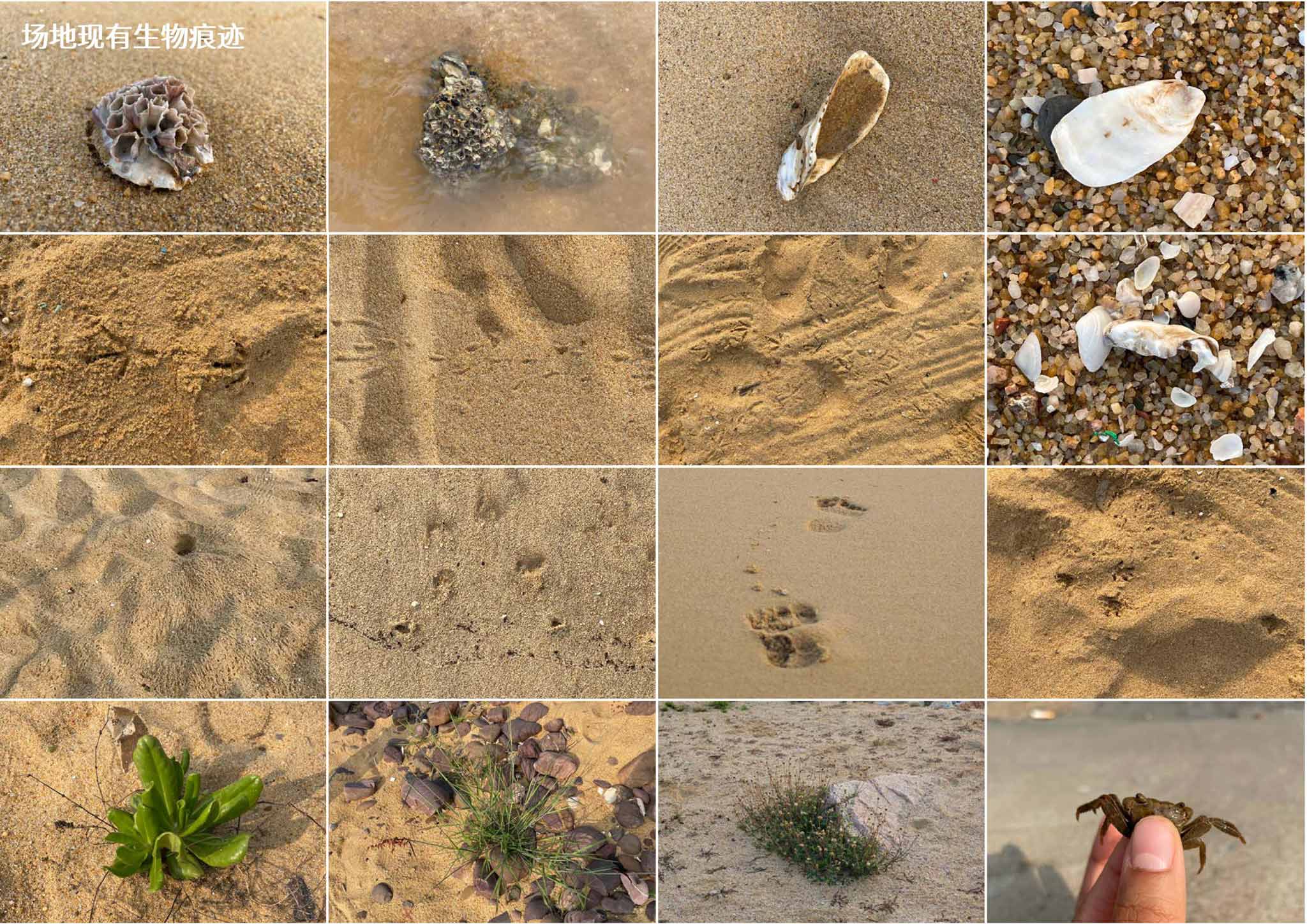 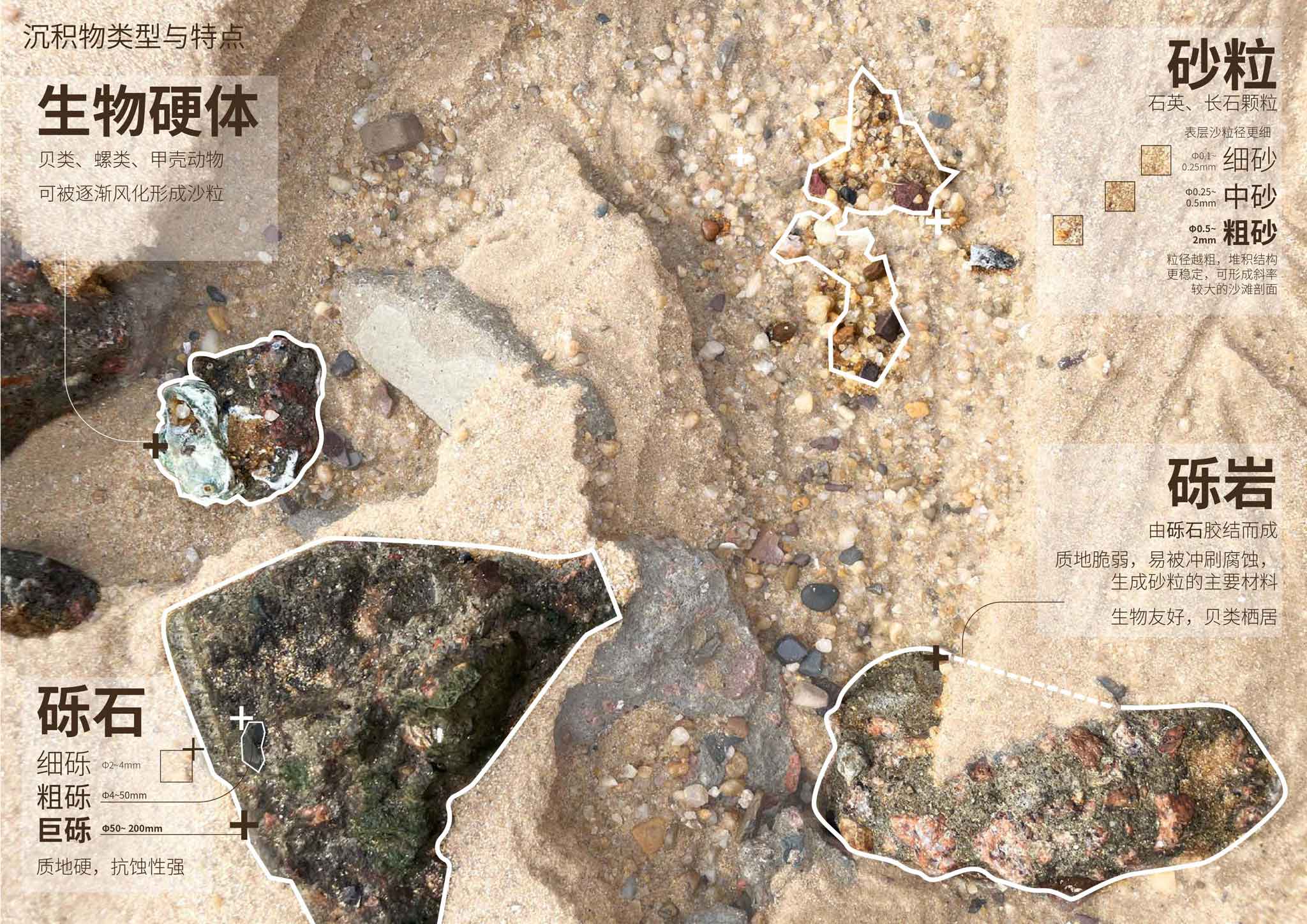 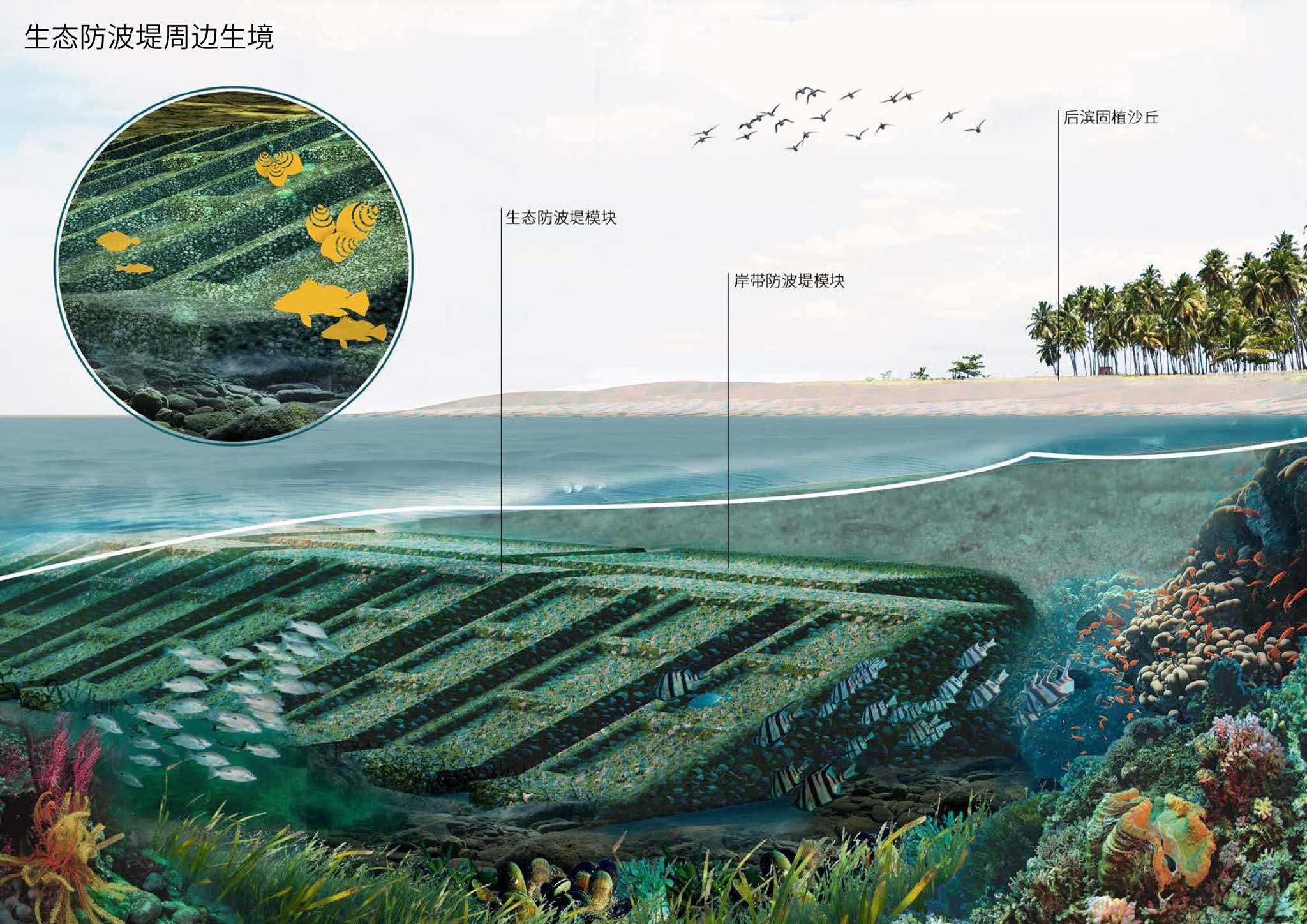 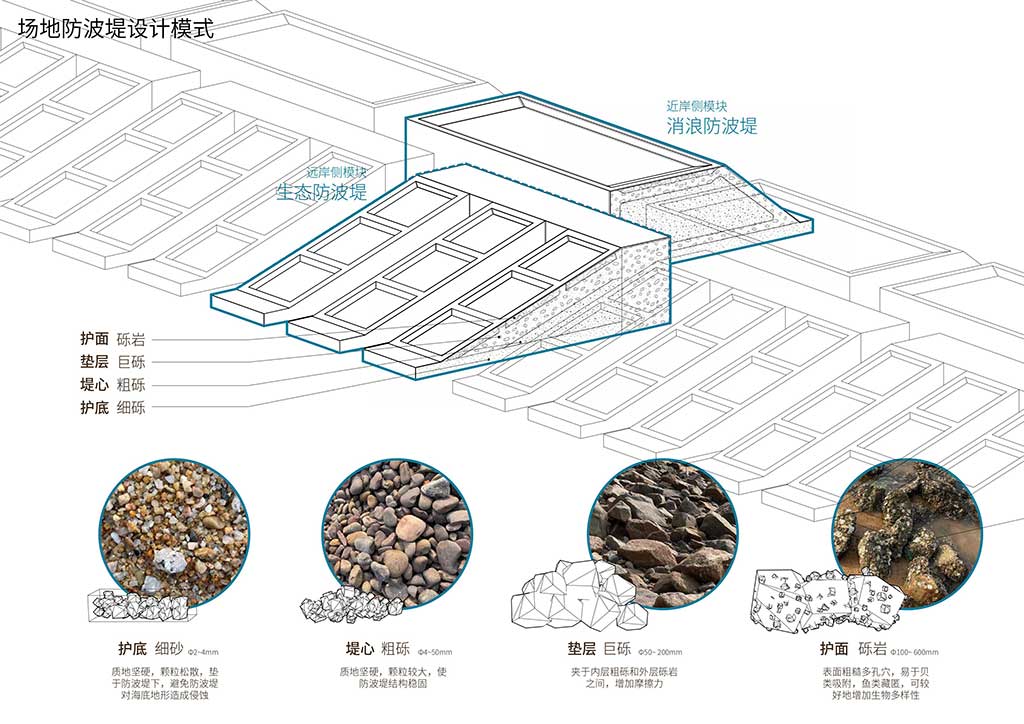 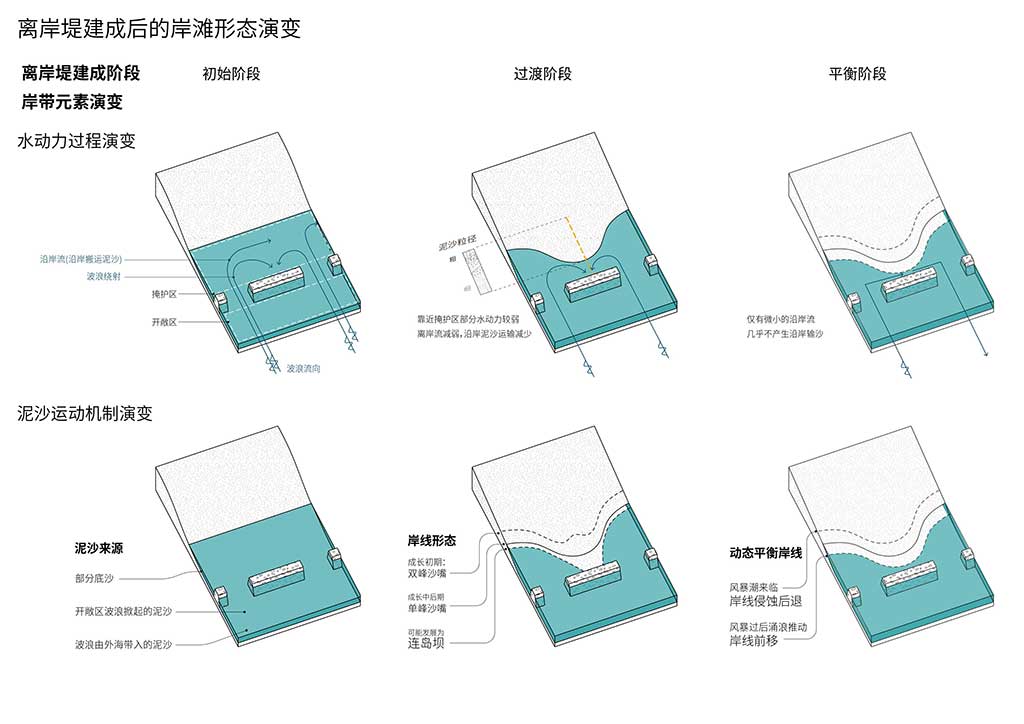 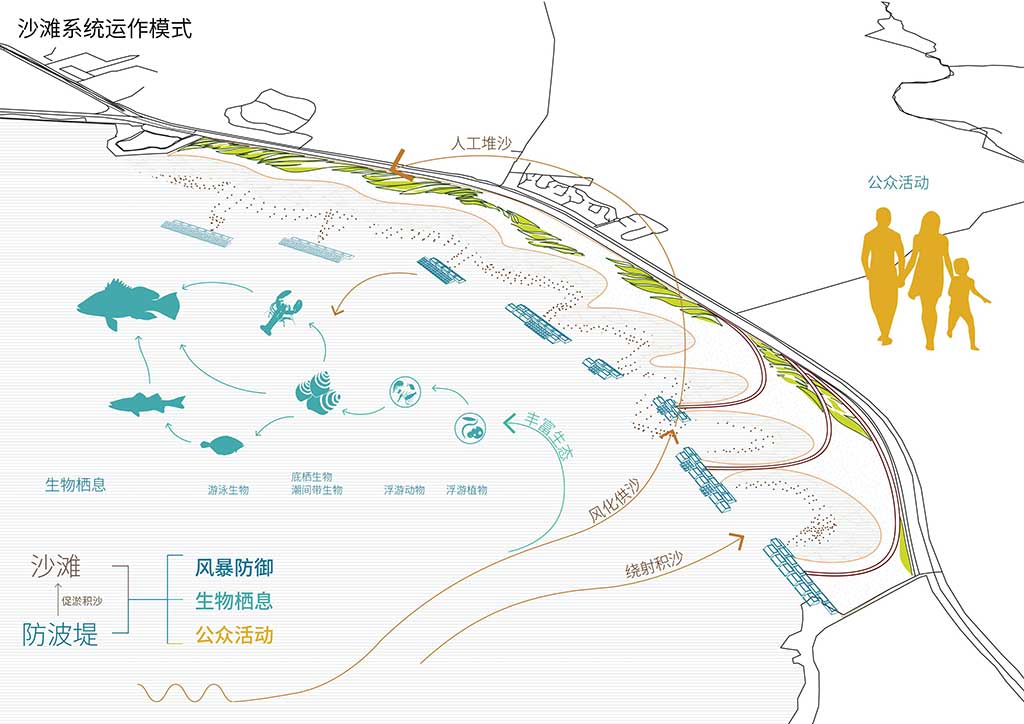 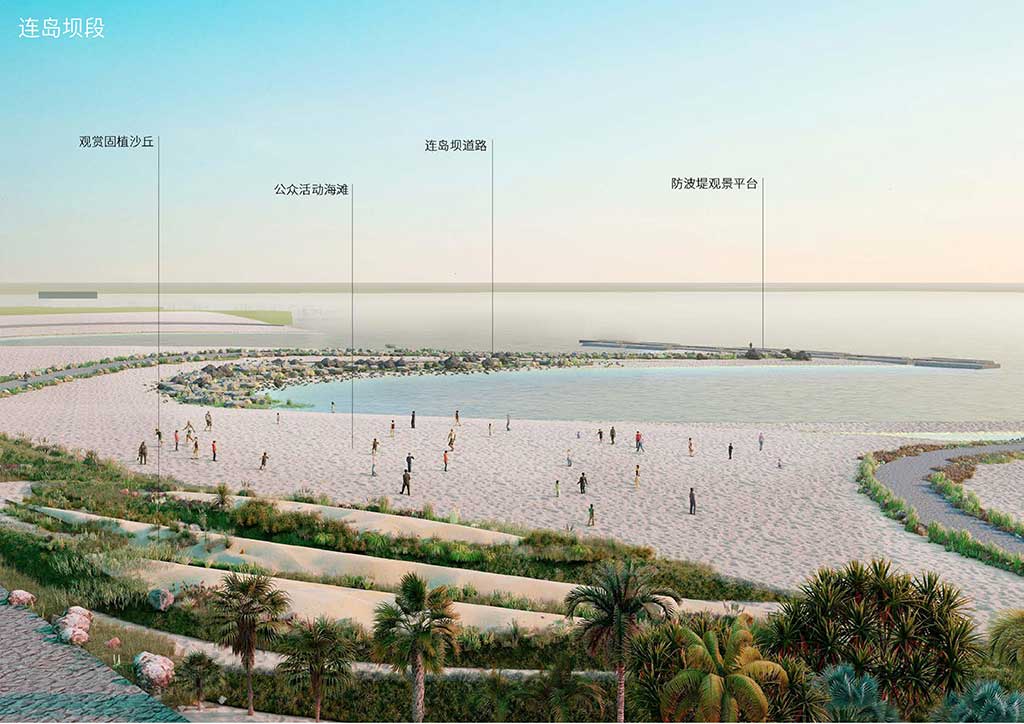 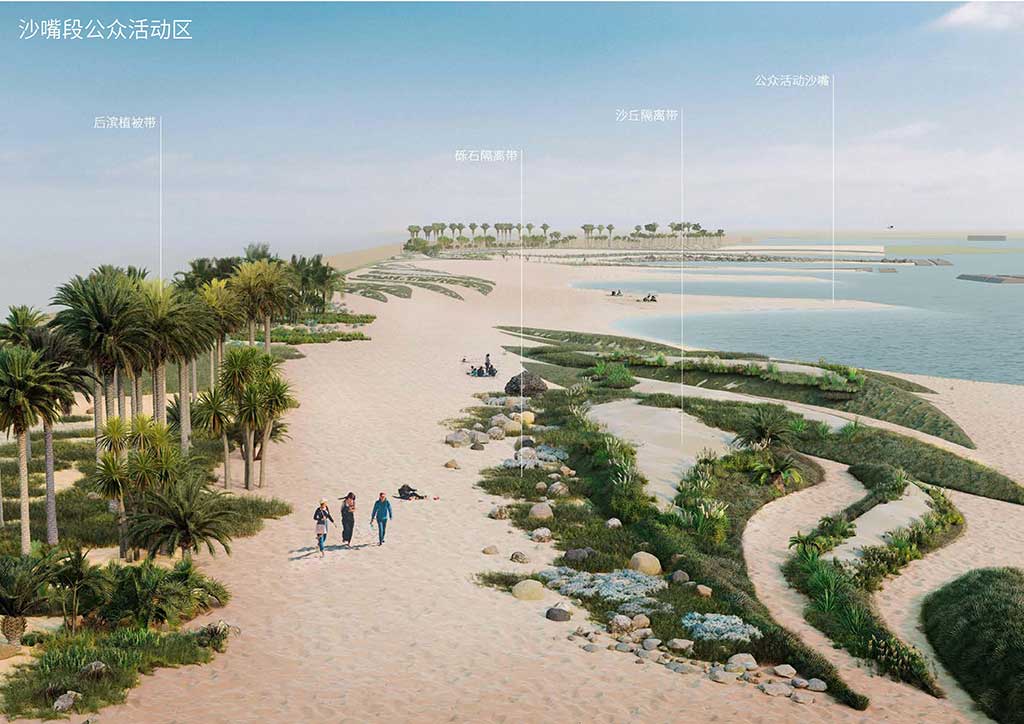 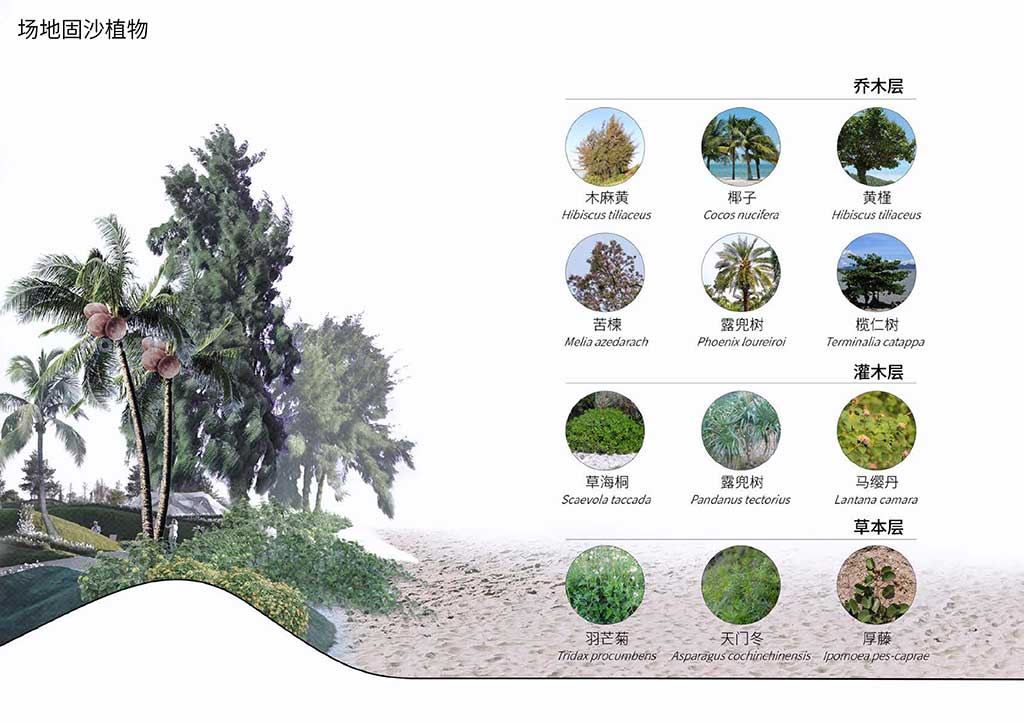 Beach is a precious natural resource. Because of its multiple important functions, such as coastal protection, tourism and leisure, and ecological services, beaches play an irreplaceable role in coastal social and economic development and ecological civilization construction. As the city with the longest coastline in the Pearl River Delta, Zhuhai’s beaches have abundant marine ecological services and sea sand supply resources. At the same time, it has attracted a large number of tourists from all over the country to visit and appreciate the beautiful scenery. However, as the sea level rise caused by global warming has intensified, beaches have been eroded by coastal disasters such as storm surges, and their self-adjustment and evolution capabilities have been threatened. Zhuhai Beach urgently needs to design artificial facilities suitable for its site conditions as an aid to the beach’s self-development.

The design aims to explore the role of artificial structures in accelerating siltation of beaches and their natural development in the face of hydrodynamic conditions of the site, so as to construct a set of conservation modes for such beaches that can be adjusted independently.